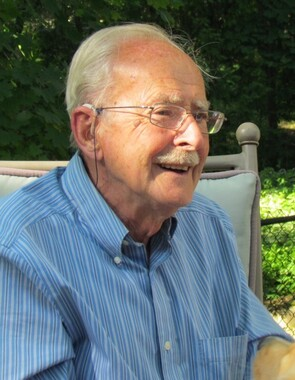 Max was born in Victoria Beach, Nova Scotia to Melbourne and Nellie Hudson. The 18th of 19 children, Max contracted tuberculosis at an early age and spent more than two years in the Digby, Nova Scotia hospital after surgery to repair his spine. He read the dictionary to amuse himself, the start of a lifelong passion for learning. With several ill children, the Hudsons agreed for Max to be adopted by Dr. Ira Sutherland, the Annapolis Royal doctor who treated him. Max was raised the only child of the town doctor, growing up across the street from Fort Anne. Max spent countless hours exploring the fort, feeding his passion for history and poking around old ruins searching for artifacts. His success is still evident from boxes and drawers filled with clay pipes, musket balls and ceramic shards. Max attended Acadia University in Wolfville, Nova Scotia graduating with a B.A. (Honours) and a M.A. (Honours) in History. He then attended Queen’s University in Kingston, Ontario, completing a second M.A. (Honours) in History. It was at Queen’s that he met and fell in love with Marilyn Virginia Stephens. Max and Marilyn were married just months later, in June 1959. Max and Marilyn settled in the Ottawa area, where Max worked as an Historian for Parks Canada for 35 years. They raised three children, Rosemary, Michael and Roderick, and many dogs, cats, and other pets. After the passing of Dr. Sutherland in 1971, Max reconnected with his birth family, meeting his birth parents and many siblings, nieces, and nephews he never knew he had. He continued to visit yearly, seeing brothers Meb and Mick Hudson just this past September. Max’s interests and joy of life were boundless. His love of historical research and genealogy kept him busy wherever he was. He loved painting and sketching, his gardens and the outdoors, woodworking and collecting almost anything that caught his eye. He was a man of few words at times, but was truly an orator. He had an innate ability to mesmerize his audience, whether describing an early settler’s trials and tribulations or giving a eulogy for a lost friend. To hear Max recite The Cremation of Sam McGee was a special treat and made you shiver as if on the ice of Lake Lebarge. In the mid 1970s Max and Marilyn bought a small property in Darling Township which led to buying an 1850s log house near Arnprior, dismantling it, moving it 40 km and putting it back together. That cabin still stands today and has always been one of Max’s greatest delights. The family spent most summer vacations and many visits every year with Marilyn’s brother Dick Stephens, his wife Arlene and their two children Maggie and Dave. Hours of playing bridge every night consumed the foursome through decades of gatherings. Marilyn passed away in 2011, after almost 52 years of marriage. Max remained in Ottawa, but connected with someone special through the most surprising of means for him, the internet. As Max put it, he was surprised he would ever fall in love with, let alone marry, an American. But through his love for Erma he found it in his heart to forgive those “misguided colonists for dumping a shipload of perfectly good English tea into Boston Harbour”. Max and Erma were married in a garden ceremony in North Fort Myers on February 15, 2014. Their time together was filled with love and adventure. They split the year between Ottawa and North Fort Myers with Max making countless memories with new friends and family in Florida. Max passed away suddenly at their home in North Fort Myers on December 12, 2019 after a short and sudden illness, with Erma by his side. Max is predeceased by his wife, Marilyn (2011) and granddaughter Abigail Carol Sutherland (2015). Survived by his wife, Erma Pawlus-Sutherland, daughter Rosemary (Glenn Irwin) of Ottawa, and sons Michael (Lisa Delaney) of Kingston, and Rod (Ellen Armstrong) of Millbrook, grandchildren Bridget, Marilyn and Chris Irwin, and Hazel and Eve Sutherland. In keeping with Dad’s wishes, cremation has taken place and his ashes will be scattered near the log cabin in Lanark County and at Annapolis Royal. A memorial service will follow in the spring. If desired, a donation to the Lanark County Genealogical Society or the charity of your choice would be appreciated, as would taking the time to say something kind to a stranger, which Max never hesitated to do.