This winter has been an especially bad one, not weather wise so much, but for loss. Milford House lost 3 of its most cherished long time guests between November and March.

In November we lost Melda Murray. I still can’t believe it by times. Rick and Melda came at least twice a season, often 3 times. They brought their son and his family. Always in North, always at the same table, always in the sitting room after breakfast, a constant, a piece of Milford House.  A bubbly, chatty, very classy lady who became my friend and mentor over the years.

Then Tim Coggeshall, dear old Tim, who continued to visit Milford House even after his wife “Luby” died. He came because he said he felt close to her here. His girls came with him, and sometimes his grandchildren. He had been coming for decades, this photo was taken 2 years ago when he was 93, walking up the cabin road, without a care in the world. He loved nothing more than telling stories of the old days, and when he married Eddie Breck’s granddaughter. He was more than a guest, he was a part of our history.

Then just recently we lost John Hentz. John knew everybody, and everyone knew John and Dee. John was one of the original shareholders who bought Milford House from the Thomas family. He had served on the board for years, supporting Milford House financially and personally. In 2012 we named a cabin in his honor, what was once Lakeside became the Hentz cabin. Anyone that remembers John will recall him ‘holding court’ in the sitting room after meals, Dee by his side quietly doing her needlework. John and Dee hadn’t been able to come to Milford House for the past few years, but he always kept in touch and would call Charlie every now and then to see how things were going.

We mourn the loss of these treasures. But their spirits will live on at Milford House, in the Lodge, on the cabin road, in our minds and in our hearts.

The Tylers first ventured forth to Milford House in the early 1950’s, Cadwell, Jean and their four children, aged six to twelve.  We set out from New York State in one of the cast station wagons of the day, a canoe on top stuffed with fishing and camping equipment and “The Body” – rain gear and heavy sweaters for six, all shrouded in my father’s raincoat.  The car tended to ride low to the ground.  We were going for a month and my mother believed in packing for any eventuality.

We children were firmly settled two by two in the back seats, with a wall of suitcases and gear between us to discourage roughhousing, bickering and indeed, any contact at all.  After the first few miles, the strict rotation of seats among the children, meticulously and even obsessively planned in advance, had to be abandoned, with the children most likely to be carsick placed strategically ready for quick exits.    After the first experience of carsickness in the “way back” as we called the third row of seats, the rest of us grudgingly accepted the wisdom of this move, though we continued to harbor suspicions that our hapless sibling was doing it on purpose.

There were no interstate highways in those days, and getting to Milford was a least a three-day trip.  We left before dawn on the first day, drove relentlessly all the way to Blue Hill,

To download and read the rest of Jeanie’s story,      Milford Memories

Jean Cadwell Tyler of New York City died Feb 3, 2016 at the Calvary Hospice Hospital in the Bronx, NY.  She was born to the late Cadwell Tyler II and Jean Keller Tyler on Dec 15, 1940, in Goshen N.Y.

Jean graduated with many honors from Goshen Central School in 1957 and received a BA in Art History from Wellesley College in 1961. After college, she worked for the BBC in London before relocating to New York City. There, she attended the Fashion Institute of Technology, and earned an AAS in design and worked in the fashion industry after graduating.

In 1969, Jean moved to the Medical and Health Research Association of New York City, Inc., where she spent nearly 30 years working with the city’s Maternity, Infant Care, and Family Projects (MIC). As Director of Health Education and later Director of Communications and Education, she created and managed patient and community education programs designed to reach low-income teens, parents, and women in all five boroughs of the city.

In recent years, Jean served on the board and then as president of Milford House in Nova Scotia, devoting much of her leadership, energy, and expertise to its excellence as a rustic family resort. She spent many happy summers at Milford House. She also carried with her into retirement her gifts as a talented designer and inspired cook. 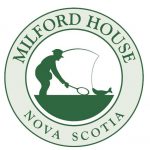